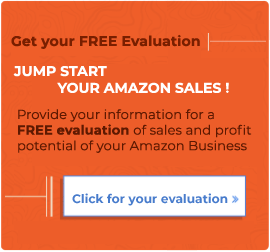 Amazon discloses valuable information to the US Congress⮟⮝

Amazon Responds to Questions of the Subcommittee on Antitrust, Commercial, and Administrative Law, Committee on the Judiciary. Some Answers are Eye Opening Even Though the Language is Carefully Worded.

The Amazon IP Accelerator is a program that offers brands worldwide help in obtaining intellectual property rights and brand protection in Amazon’s stores quickly and efficiently. This program was created specifically for small and medium businesses in mind. It’s a way for Amazon to help small brand owners fight counterfeits.

Everyone is aware of the power of Amazon. The Seattle-based e-tailer is a force in both the consumer space and in web services with sales across all business segments totaling US$233 billion in 2018. But relatively few people are aware that a small fraction of that massive figure is attributable to a recent venture that is poised to upend established B2B suppliers.

Amazon Business is the company’s slumbering giant. Launched in 2015, the B2B platform enables companies to purchase almost anything — computers, office supplies, medical supplies, industrial tools, auto parts, you name it. With a reported 100 million products in its marketplace — more than on the consumer site — Amazon Business zoomed from $1 billion in annual sales one year after launch to an astounding $10 billion just three years later.

Tech giant Amazon will let customers buy something online, then visit a Western Union in person to pay in cash. It also unveiled “Amazon Cash,” which lets users load cash into their Amazon balance for making online purchases.

Tariffs Are Starting To Hurt Sellers On Amazon⮟⮝

Amazon third-party vendors have blamed U.S. tariffs on Chinese goods for increasing their costs. They have slashed their margins and pushed up prices on consumers, according to a new survey by the American Chamber of Commerce in Shanghai, as reported by the South China Morning Post.

According to Jungle Scout, which surveyed vendors, 72% of Amazon sellers have had unit cost increases by about 17% since the beginning of the trade war last year. Jungle Scout helped third party vendors to set up their business.

Here’s How Amazon Gets You to Buy Its Own Products. And Why That’s Bad News for Third-Party Sellers⮟⮝

A ‘Washington Post’ report shows that the company is aggressively pushing its own brands, even when customers are about to purchase from third-party sellers.

Amazon has a reputation problem. Or maybe it’s more of a love/hate relationship problem. To some, Amazon is the big bad ecommerce giant destroying smaller retailers, using unfair competitive tactics, and constantly sucking more fees out of the businesses that sell on its platform. Yet, it’s still the place Americans go for almost half of all online purchases, and half of American households pay for a Prime membership.

Amazon is experimenting with yet another mysterious badge to help shoppers sort through the millions of choices its marketplace offers.

Amazon’s biggest asset can also be a headache for its customers. The so-called “everything store” really does sell almost any item consumers might want, but it’s often cumbersome and time-consuming to sort through them all. To avoid “choice overload,” the retail giant has come up with certain signals designed to help people distinguish high-quality products from the rest. They include star ratings and product reviews, as well as “Amazon’s Choice,” a mysterious badge bestowed on some individual items, which has recently become the subject of scrutiny from lawmakers.

Amazon is indirectly causing third-party sellers to raise prices on their products if those products are listed on competing storefronts at lower prices, according to a report from Bloomberg. This is potentially anti-competitive, and it may become a central piece of evidence in the federal government’s ongoing antitrust investigations into US tech companies.

Amazon is not going so far as to openly demand its third-party sellers raise prices, according to Bloomberg. In some cases, Amazon may want the seller to lower the prices of its items on Amazon.com to match the prices on Walmart and elsewhere. Walmart also encourages its sellers to match prices across platforms. But Walmart isn’t as influential as Amazon’s Marketplace, which is the dominant online platform in the US for third-party sellers.

How retailers can survive the Amazon era⮟⮝

To survive in the post-Amazon era, the way companies have been storing and delivering physical goods to their final destination will need to change profoundly in the next decade.  Below are some of the key challenges facing the logistics landscape and three predictions for what we can expect to see next.

This year, more than half of US households will be Prime members. As Amazon continuously pushes delivery costs and times down, consumer expectations keep rising higher. But what does this mean for other retailers?