By:   Nick Uresin Selling on Amazon Comments:   No Comments

I am on a flight on Jan 27th, 2020 to lead an ERP Migration project for a manufacturer client.  I spent a week before my flight to understand the progress the Company had made to create a plan of action. I had to pick up the project after the previous project lead had been fired by the COO due to a lack of performance. In addition to the complete unknown I was taking on, I had no idea that a pandemic was in the making. You will appreciate the nature of the crisis the Company experienced when I tell you the product the Company manufactured. But not yet…

The Company was started by an entrepreneur, though uneducated, he was a true visionary. After losing his business during the financial meltdown, he came up with an idea to create a product. He and his four (4) sons struggled for a long time trying to prove their idea. I heard from the oldest son several times how close they came to shutting down. Finally, they found their groove in 2016-2017 and started to grow the business except for this time they had to deal with real issues of running a company such as hiring, managing orders, managing production, planning, and financial management. The owner remained as the CEO but hired a hard-working individual as the Chief Operating Officer, who used to be a mid-level supply/chain manager in a large company, and gave him a little stock as part of his compensation.

As the Company was already on a growth trajectory, the new COO did a good job taking the Company first to $3 million in 2018 and then to $8 million in 2019. They used several software systems to help them manage the business. While he used QuickBooks for accounting, he never established an inventory management system. Their entire manufacturing was outsourced to a Chinese contract manufacturer with no capability to track production. They sold primarily to businesses such as retail chains and others but also, they sold directly to the consumer through their website and on Amazon.

They used Webgility to manage their website and Amazon sales. The system was set up to take orders without an accurate reading of how much inventory they had available in stock. Their B2C order volume was insignificant so it was not such a big deal. Once they broke $5 million in sales, the new COO decided to bring in an ERP System. Though it was the right decision, the choice was poor, the contract was negotiated badly and the wrong person was put in charge of the migration project, which ended up getting put on hold when the project lead was fired at the end of 2019.

Stepping into the unknown

My discovery process showed me the following:

After arriving at the Company’s HQ on Jan 27th, 2020 (and we now know what was looming at the time), I spent my week, cleaning up the accounting structure and streamlining their item records. I immediately ruled out going live any time soon and made the following strategic plan for a successful migration:

As part of my plan, I started identifying and interviewing systems integrators to bring onboard.

Having accomplished my goals for the first week on-site, I returned home to New York to continue my work remotely. However, I also planned to have frequent trips with longer stays.

Picking up the pieces

I spent a considerable amount of time investigating how the previous project lead and NetSuite implementation team had configured the platform. I intended to salvage most of the work instead of starting from scratch. I discovered that acting on the COO’s instructions, the system was set up to have multiple companies right from the start even though they only had one entity. This added another layer of complexity unnecessarily. I found that the leadership was not familiar with either using technology in a large-scale operation or managing systemic changes.

I had to clean up the impact of either a lot of bad decisions made or decisions that should have been made but never made in a high growth company. To make things worse, I was told by NetSuite Implementation Team that there was no way to delete the bad data already posted to the system unless every transaction had to be deleted manually due to dependencies. For example, I could not delete bad item records unless I deleted every invoice, order transaction, and anything else associated with such item records. What made things worse was that they had already posted a lot of transactions for test purposes.

In short, the Company not only had no business processes in place or had their data ready, but they had also filled the new platform with a lot of clutter, which could not be wiped clean unless it was done one transaction at a time. By the way, I later found out that it was possible to delete the test data, but the NetSuite Implementation Team was not aware of such capability.

The Company was experiencing high growth already. So, even though I was retained to lead the ERP Migration Project, I had to put that aside and focus on building the Company’s business processes as they had none. I was shocked to see that the leadership had pushed growth without establishing any best practices to manage the growing business volume, safeguards to manage finances, and most importantly measures to manage inventory efficiently. And the COVID-19 hit!

Now, I can tell you what this Company manufactured.

“Air Filtration Masks”, and pretty good ones too.

They had lab tests with high standards and a good name. Even though their target audience was agriculture workers, woodworkers, power sports, construction workers, and other similar markets, COVID simply created the demand for literally any mask.

You can imagine the feeding frenzy that started by their B2B Customers alone. They used to get orders at a daily rate of 10-15 and now they were getting 100+ each day. Their manufacturing operation was in China. Suddenly they found themselves not knowing what orders they had to plan for replenishment. They were keying in orders manually and they were overwhelmed. They had no one in the company to analyze data let alone even to get it out of their Quickbooks. The COO was like deer in the headlights trying to keep up but his limited knowledge in handling the moving parts of the operation created complete uncertainty in the Company.

Also, they were selling through their website, which was reading inventory directly from Quickbooks and making the stock quantity available for online ordering. Well, since no one made the effort to put in place inventory management practices, the inventory figures were inaccurate. This led to receiving hundreds of orders daily without having them in stock, which, in turn, overwhelmed customer service and resulted in unhappy customers due to cancellations. This was not an issue before because their way of inventory management was to count what was on the shelf if they ever suspected inaccuracy and adjust it by hand. I can imagine how some of you may already be laughing.

The poor warehouse team had no real pick/pack/ship operation. Instead, they had several manual processes that were set up in reverse order. The Company never took action to change the way they operated for no good reason thus maintaining inefficiency.

To make inventory management more sensitive, they agreed on payment terms with their Chinese contract manufacturer that was not favorable to the Company. It involved making upfront payments with every order and making full payment without even receiving delivery. Another example of a contract negotiation handled badly just like the NetSuite Contract.

Needless to say that my engagement to deal with ERP migration had to be put on hold and I had to build batch processes from scratch, instituted proper inventory management, rebuilt the Company’s financial accounting structure, and cleaned up their Payables and Receivables after lengthy audits.

As the new measures were put in place and things stabilized, their 2019 revenue was already quadrupled by the end of 2020 Q3. They were printing money despite themselves. In the meantime, I hired Concentrus, a system integration company that specialized in NetSuite, who did a phenomenal job.  I managed to get around to focusing on migration towards the end of the summer of 2020 as my time had been taken up with things the leadership simply neglected due to a lack of experience and knowledge in managing growth. They wished for growth and got their wish but they had no idea how to plan or build the infrastructure for it.

By the end of the summer, my consulting started to shift to high value and strategic work as the Company’s annual revenues were starting to flirt with $100 million.

In addition to creating separate entities for B2B and B2C operations, I placed three (3) high priority items on the table:

As I write this article, none of these agenda items were actioned in a meaningful manner. Instead, the leadership decided to do the following:

Everything is wonderful, nobody is happy!

By Oct 2020, below is a summary of where the Company stands;

So, in a company that tripled revenues from 2018 to 2019, then almost increased 2020 revenues by almost 6 folds and hit the jackpot with COVID-19 by being in the right place at the right time, everything is wonderful but nobody is happy and the future is bleak if there is going to be one…

The lesson: Managing growth is different than starting or growing a company and can be dangerous if learned on the job. 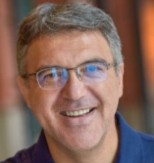 Nick Uresin is the Founder and CEO of ArgoMetrix, a New York based software and consulting company established in 2013. Nick is an Entrepreneur, Electronics, Communications and Computer Science Engineer, who has a passion for problem solving with technology. Nick built an online retail company with annual revenues of over $10 million. He developed his vision to organize the knowledge and technology he developed to become a large Amazon Seller and provide it as a service to manufacturers and sellers of consumer products. Let's get social! Follow us and get ArgoMetrix's latest updates on Twitter, Facebook or LinkedIn.

Which is better Vendorcentral or Sellercentral?

Getting Your Amazon Listing to Page 1

What is Dynamic Pricing for Amazon Sellers?